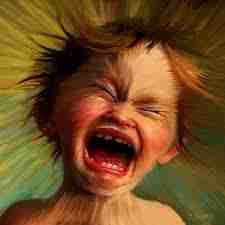 Violence is inherent to human condition. It is born of the frustration of our omnipotence, our vital energy. This violence that we want to restrain and ignore, has a price to be paid. The inevitable circulation of this violence means that if the parents do not take responsibility for it, it comes to the child who does not have the psychic means to contain it, in the form of rage first and then of aggression against himself. Self-injury is a very visible form, but there are also risky behaviors and the ideomotor slowing of depression.

Sessions are private & confidential, a safe space to explore what’s troubling you.

The taboo of violence

Violence is natural and an integral part of our human condition, and it is a good thing. This violence is intrinsically linked to our life drive, to our vital energy, our libido. This violence we observe as something normal in animal behavior for its survival, to defend itself, to feed or even to reproduce. This violence we have been taught to hate and ignore in ourselves to be better socialized, forgetting that socialization is a domestication that aims to break this vital drive of the individual, to deny his omnipotence. There is a balance to be found here, and above all an acceptance which requires first to acknowledge it.

The omnipotence of the newborn exists in the fact that for him, he is not born into the world but it is the world that is born for him. There is no differentiation at the origin. He exists only through all his feelings and the world among them. When the need arises, if his mother is slow to answer, the child hallucinates the answer to his feeling of lack. For example, he will suck his thumb to hallucinate the breast or bottle that comes to him to satisfy his feelings of discomfort related to hunger. The most important thing for this little “social” being is especially the relationship. From birth, the child is taken into the relationship, in particular to his mother. The relationship is vital to the survival of the newborn who is made to overcome its absence by hallucination. From the gap between hallucination and reality, the baby gradually becomes aware of the existence of his mother outside of him. It is the lack and frustration of his omnipotence, tempered and acceptable, that will allow the child to do the psychic work that will gradually lead him to differentiate himself from his mother, to differentiate his ego and the other. Omnipotence also persists and safeguards the continuity of its being.

Nature is thus made that the hormonal game usually leads the mother to a “transient madness”, to a “primary maternal preoccupation” that makes her obsessed exclusively by her newborn and puts herself at his disposal. There is a subtle tuning where the mother puts herself at the level of her child, for example by amplifying the stimuli (voice, gesture, etc.) to share with him the pleasure experienced as a satisfactory extension of his omnipotence, “good”, but inevitably always a little “bad”, a gradient of feelings of discomfort that represents so many small touches of frustration to his omnipotence. This frustration brings him to the world by imposing on him something else by nature that the pleasure inherent to his omnipotence, the different that allows him to differentiate himself at the same time as his mother. Individuation is essentially a more or less successful frustration of omnipotence.

Now there are times when the hallucination is no longer enough, when the discomfort is so unbearable that it is exteriorized by cries and anger. When you hurt, you shout the same way, but you can have an action on the world to channel your omnipotence and remedy that pain in general. The baby cannot have direct action on the world to calm his discomfort, the frustration of his omnipotence is experienced as an attack on his ability to survive. Without the other, the child could not survive. When we look at an angry baby, we are impressed by the violence that he releases compared to his small person. It does not matter because a baby does not have the physical strength that could inflict damage around him, but imagine the same degree of rage in a teenager who has physical strength and no ability to bear the frustration, no control of oneself, one’s impulses … and you have a juvenile delinquent image.

When the baby has already started to form a maternal object outside of him, he has the feeling that his discomfort comes from the absence of his mother that he could not “create”, and so somehow that he destroyed. The anger of frustration turns into guilt for destroying the beloved mother. This negative image of the maternal object is a loss of the libido that the child has invested in it, a loss of a part of his vital energy, an attack on his survival. The violence born from the frustration of the omnipotence then becomes punitive and is turned against the self in a deflation, a depression. If this situation is temporary and the satisfactory answer arrives to put an end to the malaise, if the frustration is given by homeopathic dose, the child comes out with a consolidated omnipotence but also with a better control of his frustrations because he did experience that they will not destroy him.

In cases where the situation lasts too long, an “infantile depression” is structured with two possible outcomes depending on the duration. In the best case, the child grows up with “belly rage”, rebelling against any form of authority, and without graduation to his tantrums system on-off. Any frustration sounds like an attack on his survival. In the other case, the child has gone to the self-punitive stage. He sees himself as bad, bad because he feels this violence in him and is afraid of himself, afraid to destroy those he loves. He remains frozen in the slowing of depression, stopping himself from living in an attempt to protect those he loves. In both cases, children are afraid of their own violence, which they see through the prism of omnipotence as destructive and dangerous for their parents.

Christmas tree, decorations, gifts, the holiday atmosphere is synonymous with family reunions, fun and good mood.  Nevertheless, nostalgia, the anxious need to display a feigned and normal joy, the race for gifts and the end-of-year questioning mean that holidays can be stressful. Beyond its religious symbolism, Christmas confronts us with the relation to our own…

Violence is inherent to human condition. It is born of the frustration of our omnipotence, our vital energy. This violence that we want to restrain and ignore, has a price to be paid. The inevitable circulation of this violence means that if the parents do not take responsibility for it, it comes to the child… 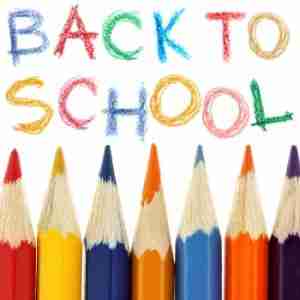 First day at the nursery, kindergarten, elementary school or college: all these first times make us grow. These back to school times are as many rites of passage, symbolic points of rupture allowing our children to gain in maturity and autonomy. However as parents, we have to accept them as well… It can stir feelings…